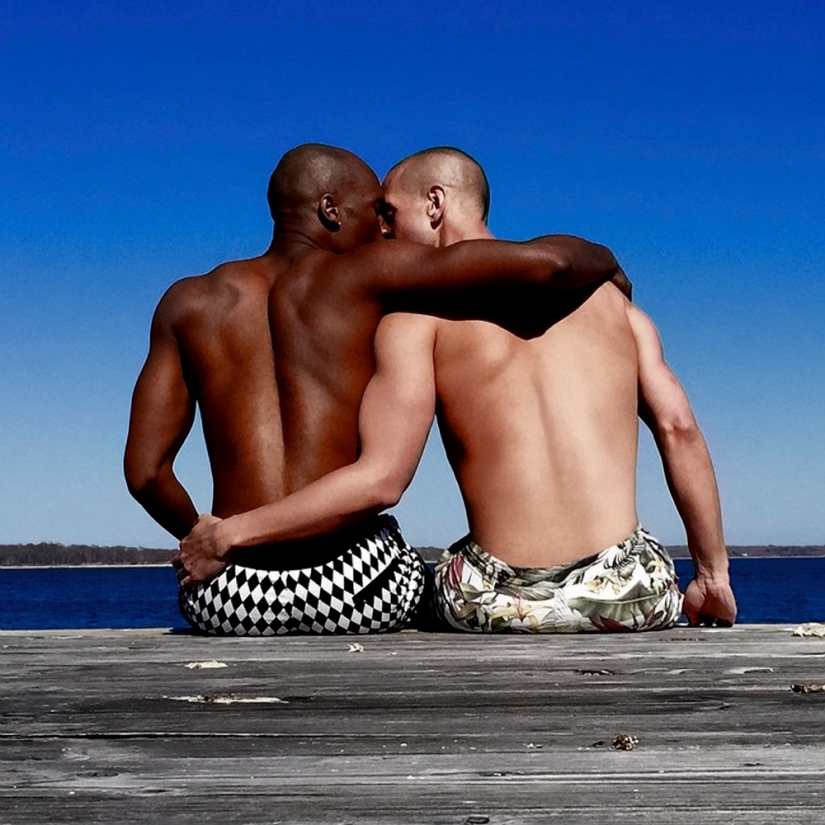 Who knew that the above picture would inspire my latest blog entry! I originally downloaded this picture on December 8th, 2015 because I was struck by its beauty and by its ultimate message of love and humanity without boundaries.

For those of you who know me, I become obsessed with awards season. My obsession begins in September (with the kick off of the Telluride and Toronto International Film Festivals) and it ends on Oscars night. Literally, the next day after the Oscars, I am depressed and it takes me a few hours to get myself out of it. Why? Because from September through Oscars night, I watch many films and I read many online industry sites like Gold Derby, The Envelope and Scott Feinberg. I follow statistics and projections and predictions. I feel like I am on the same journey with the nominees in many different categories. I love reading interviews and watching round-table discussions with the nominees. I get so invested because I’m POSTULATING that I will be a nominee as well. That I will be up there delivering my own speeches. Side note: I always cry during the “In Memoriam” section of the SAG Awards and the Oscars. I cry because these are my artistic brothers and sisters and I’m having a moment of respect for them. It’s a camaraderie, a fellowship much like you see amongst cops, firemen, military, sports teams, etc. and how they come together when one of their own dies.

So naturally, I’ve had a few people ask me about the current “Oscars So White Again” controversy. It’s taken me a while to really process my whole viewpoint on this. I’ve read different opinions from both sides of the fence. Some very hilarious, some very tragic, some very poignant, some moments where I could see the viewpoint from both sides of the fence.

And then I stumbled upon this picture. And I felt like the picture represented my answer. I could let the picture speak for itself, but it would be nice if you also got my viewpoint. This is how I see my world. I see my world through the lens of vibrant colors. I see the world through diversity, love and humanity. It’s hard for me to see “differences” or “different” because I see people. Straight, gay, transgender, black, white, Latino, Asian, man, woman, older, younger, able, challenged…I see people. I see two beautiful human beings in this picture. I’m not concerned that one is black and one is white and I’m not concerned that they’re both men.

I can only hope that Hollywood and other industries can see people as people. That they can see things through a similar lens. That we are based upon our work and qualifications. That’s why it’s vital to create for ourselves and show others what we can do.

If you had seen the courageous, bold, moving work that went up this past Thursday at the Richard Lawson Studios scene study class, that’s what I’m talking about. Had you seen that work, your perception of humanity would have been changed for the better. Three standing ovations in a row for three different pieces of work that went up. The class saw humanity expressed through the power of art on that stage. Robin Karfo, Beth Pennington and Carole Ita White each transcended race, class, sexuality, gender and age with their work. The previous Thursday in class, Reed Iacarella and I put up a scene from My Beautiful Laundrette that also transcended the same areas, that produced the same results and received a standing ovation. People saw two human beings on stage. People walked away with a more expanded appreciation of humanity. People learned something about humanity. That’s the fucking power of art.

I hope that people continue creating vehicles and opportunities for themselves to change perceptions and to create change. I’m fortunate to be part of the RLS where people create for themselves. Beth, Robin, Carole, Reed, myself and countless other RLS students can (and do) take their work out into the real world and make a difference. Walk the walk. Change viewpoints. Create more diversity in terms of race, gender, sexual orientation, age, masculinity, femininity, etc.

I’m working with an actress on auditioning technique and she told me this past Wednesday that a casting director told her that the only characters she is going to play are baby mamas and crackheads. My mouth dropped. Yes, I understand casting. I understand that we all have a first circle of casting of parts we can kill. And I even told her from day one that she could play those characters as well, but I saw more! I saw her potential. But to dismiss someone like that and to say that that’s all they’re capable of ever playing, pissed me off. Particularly (and ironically) because on this day, this actress was dressed to the nines to play a character that called for that look. Her hair was done, her makeup was done, she was wearing an expensive and powerful young executive outfit. I told her that this character was great casting for her. It really shows her in a different light. This character expands her casting. I believe her in this casting. She did a great job during our session and took my re-directs wonderfully and like a pro. And I have seen her tackle other material with me that was light years away from the baby mamas and crackheads.

When she told me what that casting director said, I looked at her and replied, “You are going to nail this audition today and then we are going to repeat this same audition next week. I want you to have this girl solidified in your pocket and then you’re putting this on your reel. CREATE THE EVIDENCE to out-create that shit!” She can put this character on her reel and send it to that casting director.

The more we can create for ourselves, the more we can get to a place where we can see things like the above picture with total comfort and ease. It won’t be a big deal anymore. It’ll be a part of every day life and eventually reflected on screen and recognized.

That being said, I’m not mad at this year’s Oscar nominees. I am still watching the show. To be recognized with a nomination is no small feat and I applaud every single nominee in every single category. I have to appreciate and applaud these individuals for what they achieved.