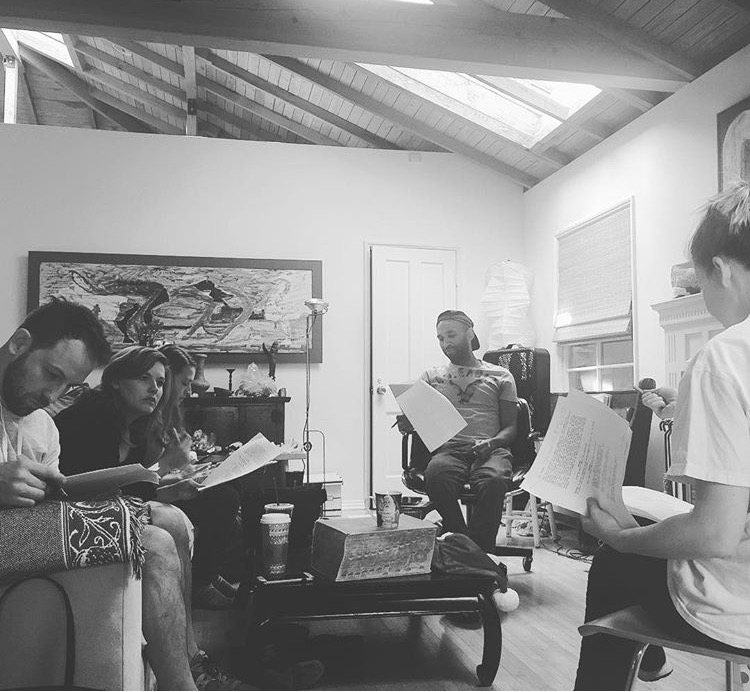 Working artists. This is a picture of the final rehearsal before we shoot two SAG-Aftra films. For me, this will be my first time back on set since the election 2016 results. And in my last blog, I wrote that art is more important than ever during this current political climate. I’m excited to channel the energy I felt about the election into my art.

In the first film, I play a character who works for the Trump administration. I wrote and drew inspiration for my character from George P. Bush. The character is equal parts ironic, humorous and scary. A timely commentary about where we are now as a country.