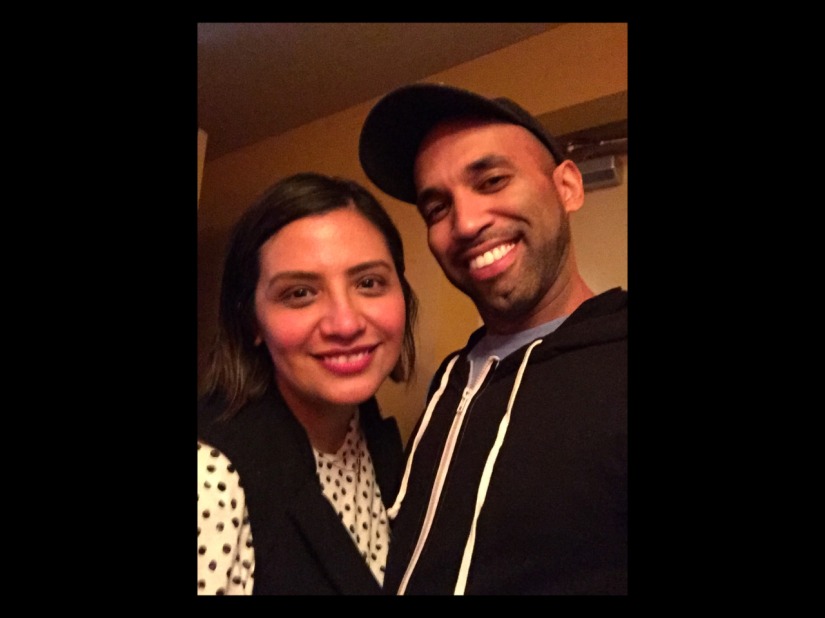 An Open Thank You Letter To Cristela Alonzo.

You were headlining a comedy fundraiser for the Casa 0101 theater in Boyle Heights on March 17th, 2016. Ironically, that was St. Patrick’s Day. As someone who was raised Catholic, I chose St. Patrick to be my confirmation Saint. He would be my guide as I transitioned into adulthood. But in the days leading up to the fundraiser, I found myself instead praying to Saint Anthony, the Saint of miracles. You see, the fundraiser was completely sold out. And deservedly so: The fundraiser was intended to preserve the Casa 0101-a theater dedicated to developing and telling stories of the Latino experience.

Even though the fundraiser was sold out, my intention was to get in. To make it go right. I arrived early to the theater and was put on a waiting list. Within two minutes, a gentleman named Danny approached the box office staff and informed them that he had an extra ticket he wanted to give away. Ding! Ding! Ding! Ding! I immediately looked at him and told him that I would buy his ticket. I paid him cash and we cracked a few jokes. Then I went inside and sat in the second row. I wanted to be as close to the experience as possible.

The two comics that performed before you were incredibly funny and they had their own beautifully-developed styles and voices. Then, the moment arrived for you to come out. When you came out, I felt your life force. I was beaming and clapping so hard. I thought to myself, “This is motherfucking Cristela! The first Latina to create, executive produce, write and star in her own network television show (on ABC). This is the same woman I have been following on Twitter for over a year now. This is the same woman whose tweets make me laugh and make me think. I get a lot of the references she makes on Twitter about movies, music, clothing, etc.” I first fell in love when I saw you speak at a SAG Foundation panel. I was like, “Who is this?! She’s wonderfully addictive. Life force!”

Cristela, you made me laugh so hard. I think I must’ve doubled over at least 30 times during your comedy set. You also made me cry. Your honesty, your humanity and your vulnerability when you shared stories about your mother really impinged me. You cut me open. Tears streamed down my face, as did the woman’s who sat next to me, as did others in the audience.

After the show, I knew I had to meet you. I waited by the door that said “private” and something just told me that you would walk out of there. Within a couple of minutes, you walked out. We locked eyes and you instantly had a moment of recognition. You called me by my first name and hugged me. You also told me you were so happy that Saint Anthony answered my prayers and that it was great to finally meet me. You asked me how my scene from “Hamilton” went in scene study class. We exchanged laughs and hugged three times.

To those of you reading this blog entry, I told Cristela that she is insanely brilliant and hilarious. That I laughed so hard. That I cried because I too come from a similar background. I was born and raised in the projects and I know what it’s like to come from nothing, but to be happy and to have a sense of integrity and strong work ethic.

I told her that I got all the references in her stand up routine. One of my favorite moments was the encyclopedia bit. I never grew up with name-brand clothing. Rather, many things were either non-name brands or hand-me-downs. But my mom was smart enough to buy the entire encyclopedia Britannica set instead (which she still owns!) I thought we hit the big time because of that encyclopedia set. My mom valued education over name brands. Her value of education is what ultimately got me accepted into Vassar College.

I asked Cristela for a selfie and she was totally cool with doing one! And then I gave her an LP of West Side Story. I’ve had this LP for a few months and I waited for the day that I could give it to her in person. I quickly told her the story of how I came into possession of this LP. I told her that I was working on my career administration one day when something told me to stop everything I was doing and walk over to the Goodwill Store. The spirit, if you will, led me to the LP section of the store. My hands automatically floated above the various record sleeves until the spirit told me to stop over one particular record sleeve. I lifted up the record sleeve and laughed to myself when I pulled out West Side Story. Cristela loves musical theater and West Side Story was mentioned on her TV series.

When I gave the LP to her Thursday night, she loved it. She then told me that she was in a touring production of it and understudying for the role of Anita and that she actually didn’t have a hard copy of this musical.

There are no accidents.

Knowing that there was a lobby of people waiting to speak to her, I ended our conversation by saying what a GIFT she is.

Cristela, you are a GIFT. You are inspiring. You are smart. You are beautiful. You are talented. Thank you for inspiring fellow Latino artists to pursue their dreams and for encouraging camaraderie and community between us.

Thank you for a wonderful night I will never forget!