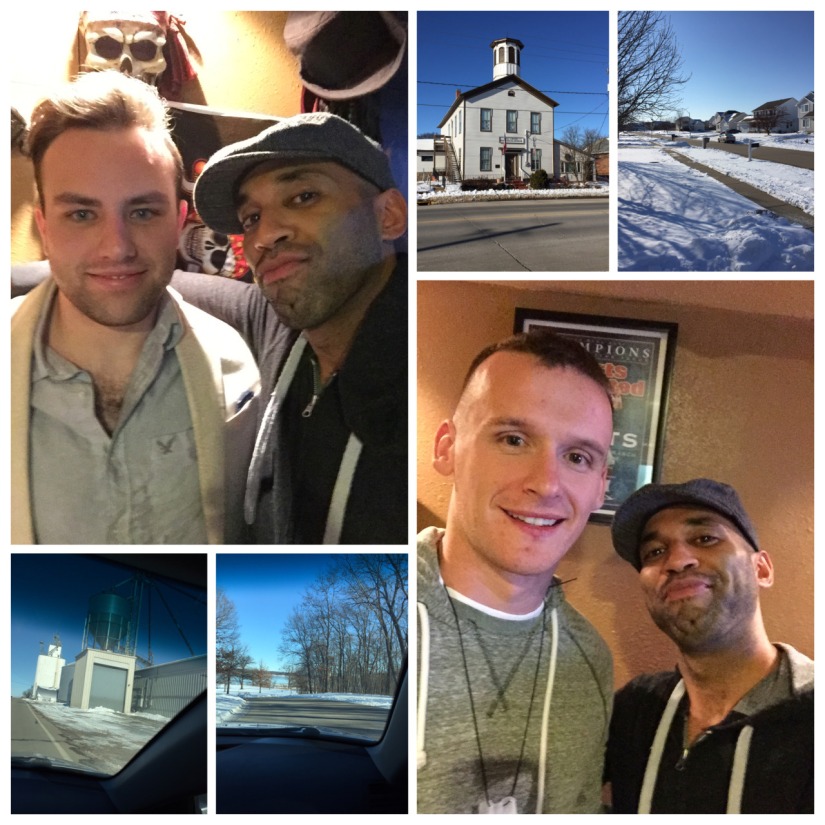 Happy New Year! Welcome back! Hope you all had a great holiday season! Let’s get down to business.

I spent five days in Iowa (December 30th-January 3rd) I flew down to visit some family, but also to scout locations for my feature film script which takes place here. Some of the places I took pictures of was exactly how I envisioned it in my script. Talk about creating a strong postulate! I could see the film unfolding before my eyes at certain stops along the way. I got super excited!

I flew back to LA and added specifics to my completed script like the names of places. For example, the character goes grocery shopping. Okay, which one? She works at a library. Okay, which one? Having the pictures also helped me to paint certain descriptions better. Talking to the locals inspired me to move the action from Ankeny to Polk City instead.

Going to Iowa was a successful action and I can’t wait for the next step of the journey for my feature film script.

Highlights of my trip:

**Seeing my family. First and foremost.

**10-degree weather. And that’s nothing! The locals tell me it gets even colder in January.

**Taking selfies with Iowa rookie cops on New Year’s Eve. My brother is a police sergeant and his fellow precinct pulled up in a party bus and joined us! 15 rookie cops and my family. I’m casting these cops in my film and they are thrilled!

**All the while, I was a Dominican & Puerto Rican man in Iowa. I smell stand up comedy in the near future.